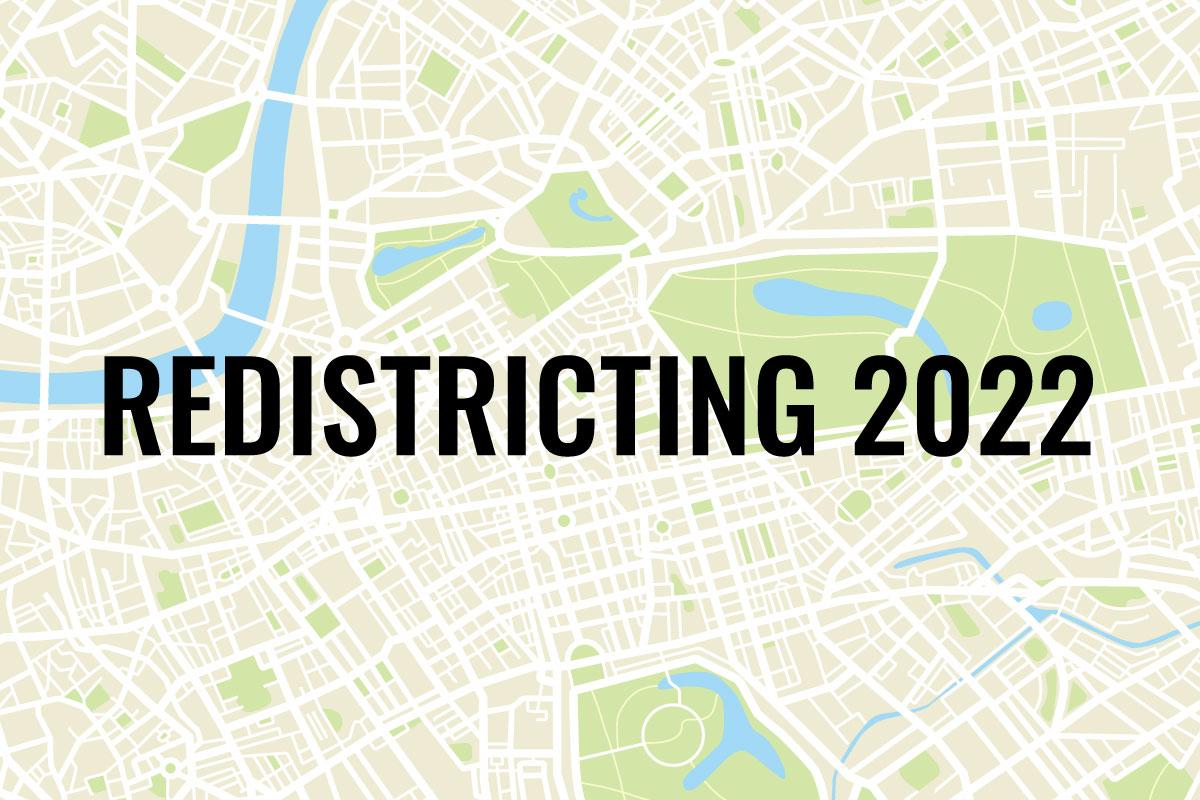 Sacramento City Unified School District (SCUSD) completed the process to transition from at-large to by-trustee area elections following voter approval in November 2006. SCUSD has seven (7) trustee areas. Each of the trustees is required to reside within a defined trustee area and each trustee is elected only by voters in that trustee area. This type of voting is referred to as by-trustee area or by-district voting.

Every ten years, after the U.S. Census data is released, school districts are required to evaluate whether their current trustee areas have approximately equal populations using the new census data. The variation in total population among trustee areas cannot exceed 10%. If the total peak variation is less than 10%, no changes are needed. If the total peak variation exceeds 10%, trustee area boundaries need to be adjusted. This process is referred to as redistricting. Trustee areas must be made as equal in population as possible and practicable to provide equal access to political representation consistent with the one person, one vote constitutional principle.

The redistricting process is governed by the U.S. Constitution, federal law, and California law. Please note that redistricting applies to voting areas only and does not impact school attendance boundaries.

SCUSD hired professional demographers, SchoolWorks, Inc., to draft and revise maps for consideration by the public and the Trustees. Proposed “revised maps” will ensure appropriate population balance and will incorporate feedback received by the Trustees and the community.  Members of the public will be able to provide input about boundaries, as well as possible revisions of maps, assuming new maps will be required.

The districting process will be transparent, and everyone will have the opportunity to provide their input on the proposed revised maps. The Board of Trustees will adopt a resolution establishing election district boundaries by February 28, 2022, the deadline established by law. After adoption of a new map, it will be sent to the County Superintendent of Schools and the County Registrar of Voters. The County Registrars of Voters will then adjust precinct boundaries before the filing deadline for the November 2022 trustee election. The new map will be used for the first time for the November 2022 election, when three SCUSD trustees will stand for election.

The proposed timeline, below, includes multiple Board meetings and dedicated time for community input to meet statutory deadlines for map adjustments following the delayed release of 2020 Census Data. These deadlines and the procedures outlined below are subject to change.

*These deadlines and the procedures outlined above are subject to change.

What is redistricting and why is it needed now?

Every 10 years, a new U.S. Census is conducted, and the population counts are then used for redistricting. Trustee areas must be relatively equal in total population using the new Census counts. After new Census data are released, all jurisdictions must evaluate whether their current trustee areas (boundaries based on the last Census) have equal populations using the new counts. If not, trustee area boundaries need to be population re-balanced. The redistricting process is governed by the U.S. Constitution, federal law, and California law. For school districts, the key law is Education code section 5019.5.

When will the new trustee area map be used?

The new trustee areas will be in effect for November 2022 elections. The deadline for adoption of revised districting maps (February 28, 2022) allows time for county Registrars of Voters to adjust precinct boundaries before the filing deadline for the November election.

What criteria are used to create trustee areas?

Federal and state laws require that the trustee areas be nearly equal in population using the most recent Census counts. Some deviation is permitted, but the rule of thumb is that the difference between the most- and least-populous trustee area should not exceed ten percent (10%) of the “ideal” trustee area population, which is one seventh of SCUSD’s total population. Courts have generally accepted this standard for population equality in school districts.

Federal law also requires that election districts be drawn to respect protected race/ethnic groups so that their communities are neither divided nor overly concentrated in individual districts. Protected groups are race/ethnic/language groups, including Hispanics, African Americans, Asian Americans, and Native Americans (as well as some others).

Who creates the maps and how can the public participate in the process?

The District has contracted with a professional demographer, SchoolWorks, Inc. to draft and revise maps for consideration by the public and the Trustees. Revisions of these draft maps will be based on feedback received by the Trustees and from the community during the public hearings and meetings. Members of the public will be able to provide input about boundaries, as well as possible revisions of maps. The redistricting process will be transparent, and everyone will have the opportunity to suggest map revisions.

What are “Communities of Interest”?

Recent California legislation (for the state legislature, cities, and counties) requires that communities of interest be considered when drawing maps, and when possible, our demographers will do this, too. A community of interest is a geographical area (such as a neighborhood) that would benefit from being in the same district because of shared interests, views, or characteristics. Downtown areas, historic districts, and housing subdivisions are a few examples of areas that could be communities of interest (there are many more).

Sometimes, populations with similar demographic characteristics are considered communities of interest. These characteristics can include the population’s race/ethnic composition, the language spoken at home, the area’s median income (and other socioeconomic characteristics), and the type of housing (for example, those in a particular housing development or retirement community).

Defined regions like cities, school districts, and school attendance areas may sometimes be considered communities of interest. Geographic characteristics can identify communities, such as those on one side of a mountain range, highway, around a park, or another publicly-recognized region.

Has the pandemic affected the redistricting process?

Because of the COVID pandemic, the Census Bureau was about six (6) months behind schedule in releasing census data. This means that the District has about half the amount of time to redistrict as it did in the past. As a result, timelines may be short.

The District may provide virtual meetings rather than in-person meetings, or have “hybrid” meetings, in which some people attend in-person while others participate virtually.

What data are used when drawing maps?

Maps for election district boundaries will be based on the total population counts from 2020 Census data, and data that comply with federal and state laws, as adjusted by the California Statewide Database (SWDB), which assigned prison inmates to their pre-incarceration home addresses. The state legislature, county boards of supervisors, and city councils must use these adjusted numbers for redistricting. Although school districts are not required to use adjusted counts, we will use the adjusted data, when possible, for consistency and as a matter of best practice.

When drafting maps for consideration, the demographers also use estimates of the Citizen Voting Age Population (CVAP, citizens 18+, by race/ethnicity) from the Census Bureau’s American Community Survey, (ACS) to check for Federal Voting Rights Act compliance. Estimates from the ACS survey are also used to help identify communities of interest.

Who decides which map to adopt?

The final decision regarding which map to approve lies with the school board. The Board of Trustees will adopt a resolution establishing election district boundaries by February 28, 2022. The county Registrars of Voters will then adjust precinct boundaries before the filing deadline for the November 2022 trustee election.

When will the process begin and end?

An overview of the process will be presented to the Trustees and members of the public in open session on October 21, 2021. One or more draft maps, if needed, will be provided by our demographers and the District may hold community input meetings. In either November or December, the Board hopes to make a final decision. The Board must adopt a map by February 28, 2022. Members of the public are encouraged to provide comments about the draft map(s) and/or indicate other ways they suggest trustee areas be drawn.

A detailed proposed timeline is provided above, which includes multiple Board meetings and dedicated time for community input to meet statutory deadlines for map adjustments following the delayed release of 2020 Census Data.

How long will the new boundaries be in place?

May redistricting maps respect incumbency so that there is only one governing board member in each election district?

Avoidance of head-to-head contests between incumbents is permitted, but only after criteria prescribed by federal and state law are met. Boundaries that take incumbency into account still must be reasonable.

What will happen to current members of the Board of Trustees if election district boundaries change and a trustee no longer resides within their trustee area?

Board Members continue in office until the expiration of their terms and their successors are elected. The first elections using the new boundaries will be in November 2022. Because Board elections are staggered (some trustees elected in 2022 and the rest elected in November 2024), the new map will be completely implemented in 2024. If a current trustee’s term ends in 2024, but the new map puts them in a trustee area where they do not reside, they will continue to sit on the Board until the 2024 election, even if they live in the same election district as a Board member elected in 2022.

What is the California Fair Maps Act of 2019 and does it apply to our District?

The California Fair Maps Act of 2019 (AB 849) applies to cities and counties, but not to school districts and special districts. However, SCUSD might use some Fair Map Act guidelines when it is reasonable to do so.

Where can I learn more about redistricting, “Communities of Interest” and other parts of this process?