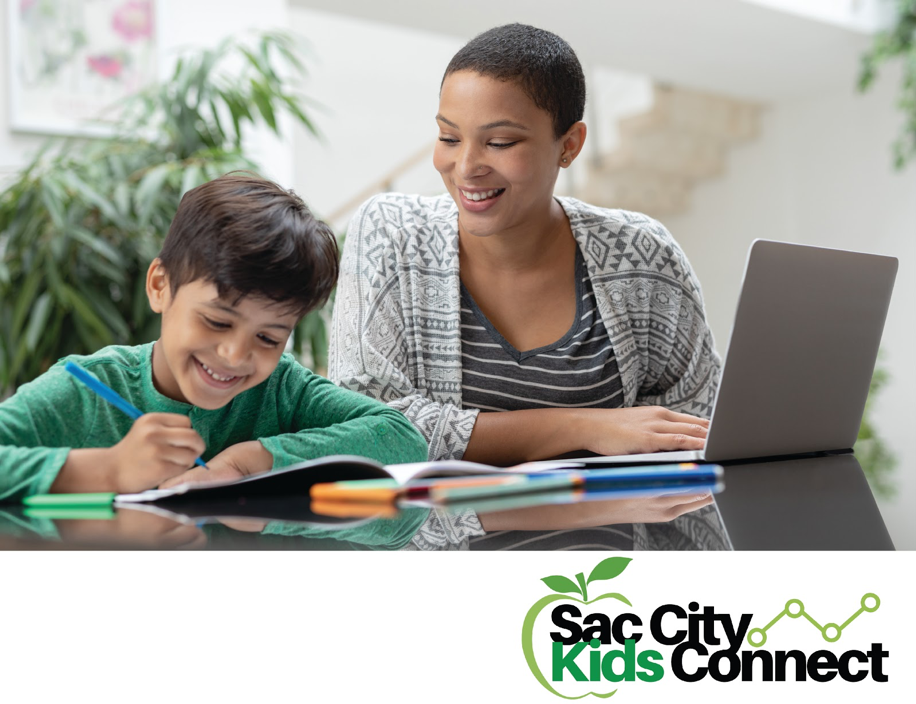 More information including eligibility requirements and instructions about how to sign up for the program can be found at www.scusd.edu/kidsconnect. The site is designed for use with mobile phones or tablets.

“Our mission to meet our students’ academic, social and emotional needs didn’t end when schools closed,” said Sac City Unified Superintendent Jorge Aguilar. “Lack of internet access is a barrier, even during normal times. In these extraordinary times, this barrier becomes all the more evident for many of our students, but especially our most vulnerable. We continue to work tirelessly to remove every obstacle that might prevent our students from reaching their educational goals.”

“The reality is that even in our Capital city many kids can’t connect to online learning because they lack access to the internet,” said Sac City Unified Board President Jessie Ryan. “An inability to access the internet should never prevent learning. This is why we are proud to launch this public-private partnership with Comcast and the City of Sacramento which will connect our kids to internet access and the opportunities they deserve. There are many uncertainties in this crisis, but what remains consistent is our commitment to supporting student success.”

“Here at the city one of our top concerns is making sure young people growing up in all of our neighborhoods have a chance to stay here and get a good job,” said Sacramento Mayor Darrell Steinberg. “Unless we get them connected to the internet, this coronavirus pandemic threatens to put kids who already have a lot to overcome at an even greater disadvantage.”

“Internet access is more important now than it has ever been,” said John Gauder, Senior Vice President, Comcast California. “We are so pleased to partner with Sac City Unified and Sacramento’s visionary leadership team to help students get free access to the internet at home. For many, this will be the first time they have had that access and it is hugely meaningful.”

Sac City Unified began its distance learning on April 13 and has worked to provide its students with access to computers and the internet. Today’s announcement of Sac City Kids Connect begins a public-private partnership that will serve as a model for districts throughout the state. The district estimates that approximately 6,600 of its students currently do not have internet access.

Since 2011, more than 8 million low-income Americans have been connected to the Internet at home through Comcast’s Internet Essentials program, 90 percent of whom were not connected to the Internet at home until they signed up through Internet Essentials. This includes more than one million residents across California, which is the number one state in terms of overall participation in the program. Nearly 165,000 low-income individuals have been connected in the greater Sacramento area.

Internet Essentials has an integrated, wrap-around design that addresses each of the three major barriers to broadband adoption that research has identified. These include: a lack of digital literacy skills, lack of awareness of the relevance of the Internet to everyday life needs, and fear of the Internet; the lack of a computer; and cost of internet service. The program is structured as a partnership between Comcast and tens of thousands of school districts, libraries, elected officials, and nonprofit community partners. For more information, or to apply for the program in seven different languages, please visit www.internetessentials.com or call 1-855-846-8376. Spanish-only speakers can also call 1-855-765-6995.

Sacramento City Unified School District is one of the oldest K-12 districts in the western United States (established in 1854). SCUSD serves 42,671 students on 75 campuses spanning 70 square miles. Its students reflect the rich diversity that is the hallmark of Sacramento’s central city. Sac City Unified’s student population is 40 percent Hispanic or Latino; 17 percent Asian; 14 percent African American; and 18 percent white. About 7 percent of students are of two or more races or ethnicities. Residents within Sac City Unified speak more than 51 languages.