If you have any trouble logging in, please contact your Language Arts teacher or Office Manager who can submit a support ticket.
Post October 4, 2016 andrea-starace

Apply for a Job

Watch a Board Meeting 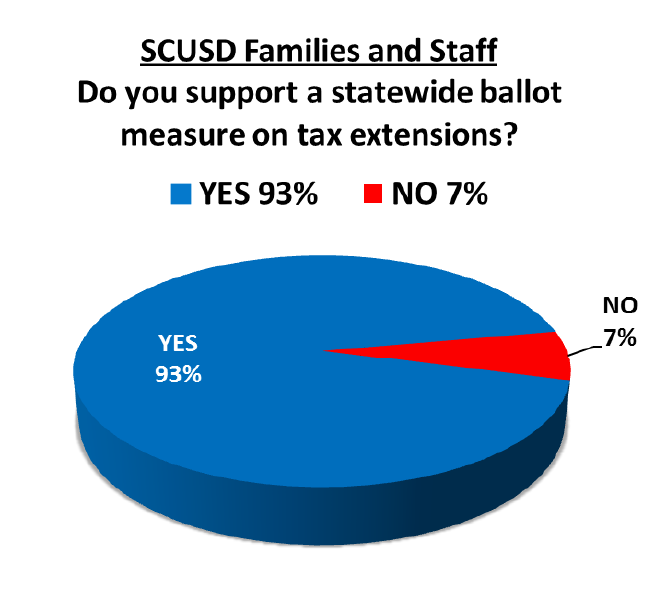 Sacramento City Unified School District parents and staff have weighed in loud and clear on the prospect of drastic state cuts to schools next year:

SCUSD polled parents and staff Wednesday night using the interactive survey function of the district’s automated telephone calling service. The question: Should the Legislature allow the voters to decide whether to keep the taxes they are paying now in place to continue funding our public schools?

Superintendent Jonathan Raymond is sending the survey results to the Capitol along with a letter to Governor Jerry Brown urging the administration to resume talks with Republican legislators. Governor Brown has said that without the extension of current taxes set to expire June 30, he will move to an “all cuts” budget. An all-cuts budget would leave SCUSD with a $22.35 million deficit next year and trigger draconian cuts to staff and programs.

More than 400 teachers will lose their jobs, classrooms will be crammed full with as many as 40 children and many elective courses will be halted.

Hopes of a bi-partisan vote to place tax extension on a June ballot appeared dashed earlier this week when Governor Brown announced a breakdown in negotiations.

But Superintendent Raymond cautioned that there is still time for the Legislature to act in the best interest of children. He likened the situation for California schools to the one faced by the historic Apollo 13 flight crew, when their mission was endangered by an explosion. In response to a team member’s dire prediction — “This could be the worst disaster NASA’s ever faced” – flight leader Gene Kranz replied, “With all due respect, sir, I believe this will be our finest hour.”

“This needs be California’s finest hour – the time that the Legislature shows real leadership by putting students first,” the Superintendent said.

Superintendent Raymond also urged other school districts around California to stage similar surveys or use other creative methods to spread the word to voters that the time to act is now.

At SCUSD’s Sutter Middle School, parents staged a “Classroom of the Future” during last Tuesday’s Open House to visually demonstrate the devastation the school will face if worst-case scenario cuts are enacted. At C.K. McClatchy High School’s Open House at 6 p.m. tonight, teachers are orchestrating a letter-writing campaign for parents in the library. (McClatchy is located at 3066 Freeport Blvd.)

“The children of California can’t wait until some later year to have the kind of quality schools they deserve,” Superintendent Raymond said. “The future of our state depends on a well-prepared, highly educated workforce. We must take swift action to ensure that the Golden State remains golden.”